The Pastoral Team, whilst serving the emotional needs of the students, in the main, do not work in isolation, but are a part of the larger umbrella team of `SENtralised’, which incorporates those involved in any way with SEND or those involved in the ARP.

The team consists of the Pastoral Manager, an Attendance Officer and a number of Raising Achievement officers who have delegated pastoral responsibilities, whilst having key roles in working with Heads of Year and the Leadership Team in a Pastoral capacity. 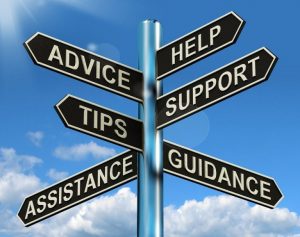 The main focus for the team is to deal with emotionally challenging issues, which range from the relational situations that befall teenagers, to the very difficult emotional trauma surrounding the loss of a parent or abuse of any kind, and of course anywhere in-between. The team frequently manage the unforeseen situations that occur, which require thorough investigation and often lead to some form of resolution process. Good communication with parents, staff and other stakeholders is time-consuming and yet skilfully managed.

In addition to these key functions, the Pastoral team also aim to run tailored intervention activities for small groups or individuals, counselling to those who need this type of support, mentoring as appropriate, academic support in some situations, wise words and guidance as necessary.

The Pastoral team are aware of the importance in helping and supporting those students who are emotionally fragile, and that such a burden has the potential of hindering academic progress. Therefore, the aim of the team is always to support the student in the best way possible to give the most likely chance of academic success. Despite the strong team, complex and extreme situations require additional professional support. Therefore, a key role of the Pastoral team is also to work with External Agencies, ensuring that the appropriate teams are working with the individuals or families.

At break and lunchtime, any student can self-refer if they want to talk to someone. All adults on site are able to contact the Pastoral team to raise awareness that they might have relating to any student in school. No problem is too small, indeed, the team are very aware that a small problem shared may be the tip of an ice-berg waiting to be revealed.

In addition to the management of emotional situations, social behaviours are an important part of the work undertaken by the Pastoral team. It is often the case that the behaviour of an individual means that social and emotional factors need to be considered. A challenging behaviour may present, which requires a clear message being given to the individual student which may result in a student spending some time in isolation. The students are given the opportunity to meet with a member of the Pastoral team to reflect on their behaviour to avoid repetition. Heads of Year and Leadership Team members are the only people able to trigger time in the Isolation Room and all requests need to go via the manager of this space. Time in isolation may be used as an alternative to a Fixed-term External Exclusion.